Those days were so nice that passed by,
We so much to say,
Those smiles, Those laughs, Those naughty talks,
which glittered my life and day…

Remember those days when we,
Prayed to be seated together,
Now seeing the time that has passed by,
I wish we had prayed,
To smile together.

There were many a people who opposed you;
But i stood strong as bay,
Now the time has come when I begin to doubt,
were you right, or they??

That trust we had as strong as faith;
Which we said would never be broken,
As then and there and, then and now,
I don’t know where it disappeared…

Those never ending talks and the book of laws,
That drove people insane.
Are surrounded by locks and merely talks,
They are the same friends , aren’t they!!

Now you got new friends to talk to,
And people around to care.
I hope we are the same again…
But afraid, you would never dare!!! 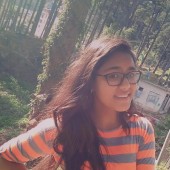